With more than three decades of experience, our Director and her experienced team can help your business or organisation soar to new heights. We have proven success in developing and delivering innovative media, publicity and communication campaigns. We understand how to build and protect your reputation.

Wings Public Relations can add value by extending your reach to audiences that you never dreamed possible.

Our director Deanna Nott has been working in the public relations and journalism industry for almost three decades. Having started her career as a journalist on the Gold Coast, she moved into public relations in the mid 90s. She has held senior private and public sector roles across Australia and overseas, including several executive level positions in the Department of Defence and local government. Deanna launched her firm Wings Public Relations in 2016 and specialises in communication strategy development and implementation for a wide range of private and public sector clients, as well as Not for Profit organisations.

Deanna has extensive experience in developing multi-year engagement and communications frameworks to support Government campaigns designed to influence behaviour change. She has been responsible for developing and implementing significant education and awareness campaigns for organisations including the Department of Defence, Royal Australian Air Force, Royal Australian Navy, Logan City Council and Scenic Rim Regional Council. Prior to launching Wings PR, Deanna gained a high profile in south-east Queensland and beyond as Logan City Council’s head of media and communication by developing award-winning campaigns designed to change perceptions of the city located between Brisbane and the Gold Coast. In fact, Deanna and her team were awarded the Public Relations Institute of Australia In-House PR Team Award for 2014.

Deanna spent 20 years working as a senior communications specialist within the Department of Defence before her move into local government.

Deanna is renowned for her passion, love of crafting the perfect communication campaign, nurturing young talent and devotion to excellence. Deanna proudly serves the nation as a Royal Australian Air Force Reservist, joining in 1994. She was promoted to Wing Commander in June 2021. In November 2020 she was awarded a Chief of the Defence Force Commendation. Deanna’s energy and expertise in the communication field has led to key roles in the public sector, including appointment as Aide-De-Camp to the Governor of South Australia. Until recently, she served on the Board of Common Ground Queensland – helping end homelessness – and remains a strong supporter of the organisation. A natural leader and project manager with exceptional attention to detail, Patric assists our Defence, Space, Mining and Technology clients with strategic public relations advice. He was an international airline pilot for 16 years (A380 and A330), a RAAF Qualified Flying Instructor, AP-3C Orion captain and C130 Hercules captain.

Prior to joining the Air Force he worked in the Tanami Desert as a gold exploration geologist. He holds numerous qualifications including a Bachelor of Science (Hons) and is RAAF flying Safety Officer qualified. He is also endorsed on several jet and aerobatic aircraft. Tiffany McLean joined the Wings Public Relations team in early 2019 with experience in strategic planning, communications, as well as media and stakeholder relations. Previously, Tiffany worked in public relations for a university in Toronto, Canada. She holds an Honours Bachelor of Applied Arts in Media Studies from the University of Guelph as well as a Diploma in Media Communications from Humber College Institute of Technology and Advanced Learning. Tiffany completed a Master of Communication degree at Bond University on the Gold Coast in December 2019. 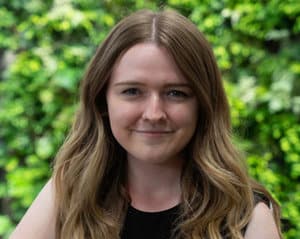 Kylie Perrett holds a Bachelor of Communication (Business) degree from Bond University with majors in marketing and public relations. Kylie has a down-to-earth, client-focused approach in providing communication services and enjoys building lasting relationships. Having worked at a full-service marketing and communications agency prior to joining Wings Public Relations, along with her background in the tourism and construction industries, Kylie brings multi-faceted experience to our team in 2021. Dr Kate Ames is a Professor in Learning Design and Innovation at Central Queensland University with qualifications in education and training as well as a PhD and Masters of Letters in Cultural Studies. Kate has more than 20 years experience in communication and education, including continuous service as an Australian Army Reservist since 1997. She currently holds the rank of Lieutenant Colonel as a senior military public affairs officer.

As a cultural sociologist, she is an experienced and active qualitative researcher in a wide range of methods, including nominal and focus groups, interviews, surveys, forms of discourse analysis, and also linguistic analysis supporting ethnomethodological approaches. Kristen Zotti is a PR and communications professional with more than 14 years experience under her belt.

Throughout her career she has been lucky to work on high-profile national campaigns including Harmony Day, promoting the skills of Defence personnel to help them transition into civilian life, raising the profile of early learning educators and launching Canberra’s very first light rail.

She has provided communications and media advice to CEOs, embassies, ACT and federal ministers and politicians, including working with the Prime Minister’s Office, to build and manage their reputation and profile.

Kristen is passionate about using her expertise to work on projects that make a difference and that benefit from a strategic and story-telling approach. She specialises in running strategic campaigns, publicity, creating content and coming up with creative concepts to achieve cut-through for clients.

Kristen holds a Bachelor of Communications (Public Relations) from the University of Canberra and has been serving on the PRIA ACT Board for two years. In 2021, she was named President of the ACT Chapter. Tom Vergotis has worked with the Wings PR team since 2018. An avid content creator, Tom is an award winning journalist and film-maker, who learnt his trade in broadcast television at the ABC, WIN Television and Channel 9. Since leaving journalism, Tom has held roles leading content creation for Gold Coast City Council, Suncorp Insurance and Origin Energy. Tom holds a Bachelor of Journalism and a Bachelor of Business, with distinction, from Queensland University of Technology. Creative and charismatic, Daniel Brown recently graduated with a Bachelor of Communication and Journalism from Griffith University, being the proud recipient of consecutive 2019 and 2020 Griffith Awards for Academic Excellence. He has produced a range of content throughout his degree, including podcasts, radio news segments, promotional PR videos, television news stories, media releases and print news such as long-form feature articles.

Daniel has a particular interest in science and technology, health, and the environment.

Daniel’s love for singing and video games inexplicably sparked his initial interest and eventual education in public relations. Singing other people’s songs whilst writing his own, playing plot-driven video games and understanding their core components made him appreciate the value of and art behind good communication. Libby-Jane Charleston is an award-winning writer, journalist, online content producer and podcaster who has worked at a senior level across radio, TV and newspapers. As one of the most prolific writers for Australia’s number 1 ranking online newspaper, news.com.au LJ has a huge portfolio of health, business and history features – her article about smallpox reached more than 2 million readers. Her podcast for news.com.au “Ghosted” ranked in the top ten podcasts for Australia, Canada and the US. Several of LJ’s articles have gone viral in Australia and overseas, as she has a unique talent in being able to take complex issues and make them entertaining and readable for the general population. Most recently she has ‘ghost-written’ for several high profile CEOs and produced online content for a range of clients including SalesForce, Docusign and SAP Success Factors.